Respected Across the Industry

True North Imaging (TNI) is one of Canada’s largest academically-oriented, imaging organizations. TNI serves as a teaching site for the Department of Obstetrics and Gynecology at the University of Toronto. We also work with numerous University of Toronto staff on joint research projects and assist in clinical training. Our Director of Imaging, Dr. Alex Hartman, trains physicians from around the world in imaging techniques, including several that we developed. 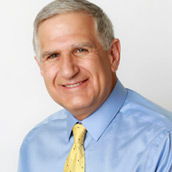 Formerly on staff at McGill University, Dr. Hartman now trains all obstetrics and gynecology physician trainees at the University of Toronto. He lectures extensively locally, nationally and internationally. He is the Chair of Imaging for the Canadian Fertility and Andrology Society and formerly of the American Society for Reproductive Medicine.

Dr. Hartman is also an advisor to numerous government committees and task forces on imaging. He is a strong advocate for increased funding for health care and improving access for patients in Ontario to advanced treatments and investigations.

Alex Hartman has lived in the Greater Toronto Area his entire life. Married, with 3 sons, he has numerous outside interests. If his work schedule should ever allow, he promises to give those interests more attention. 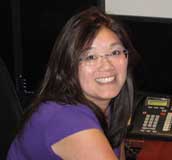 Rose joined True North Imaging in 2007, where she is enjoying her role as Director of Quality Assurance. Her interests lie in ultrasound, body imaging and educating our technologists.