To protect patients and staff from COVID-19, we ask that all patients NOT come to True North Imaging who have:
1) Travelled outside of Canada in the last 14 days AND been advised to quarantine per the federal quarantine requirements
2) Been notified as a close contact of someone with COVID-19 OR been told to stay home and self-isolate
3) Have symptoms of


Please call Telehealth Ontario at 1-866-797-0000 or go to an assessment center if you develop symptoms.
If you require emergency diagnostic imaging, please go directly to your local emergency room.
Once the symptoms have resolved and/or at least 14 days have passed, an appointment for your diagnostic exam can be made.

Due to COVID-19, the Ministry of Health has stated that we must limit the number of people in all facilities. Therefore, ONLY Patients are permitted in the clinic. Exceptions are made for those who need support workers and the accompaniment of a minor. To ensure inclusiveness, we have adjusted our policies for obstetrical patients to allow for video chat and photos at the end of an exam.
Menu

Respected Across the Industry

True North Imaging (TNI) is one of Canada’s largest academically-oriented, imaging organizations. TNI serves as a teaching site for the Department of Obstetrics and Gynecology at the University of Toronto. We also work with numerous University of Toronto staff on joint research projects and assist in clinical training. Our Director of Imaging, Dr. Alex Hartman, trains physicians from around the world in imaging techniques, including several that we developed. 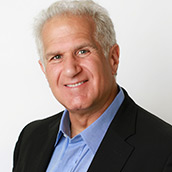 Gerald is a graduate of the University of Toronto and Osgoode Hall Law School. After being called to the bar in Ontario, Gerald spent a number of years as a corporate and securities lawyer with several large law firms in Toronto. In 1992, Gerald became a legal and business advisor to the Canadian healthcare industry. In 1996, Gerald was named chief executive of RDS Diagnostics Ltd.

Gerald is the President of the Independent Diagnostic Clinics Association (IDCA), the industry association representing the interests of the roughly 1,000 community-based imaging clinics in Ontario. He has been an active member of the board of directors of the association since 1995 and its president since 2008. Gerald represents the diagnostic imaging sector and the IDCA on a number of government committees and task forces.

Gerald and his wife, Sheryl, make their home in Toronto and have four adult children. 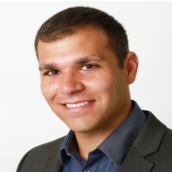 Jason Hartman has held many roles in True North Imaging since 2006. His responsibilities were initially directed to marketing and business development. He was Director of Operations, before being named VP Operations in February 2016.

Dr. Hartman obtained his MD from the University of Ottawa. He obtained his CCFP from the Northern Ontario School of Medicine (NOSM – Thunder Bay). Spending years training to be a physician allowed him to better appreciate the needs of the healthcare community, both as a clinician and a patient. Dr. Hartman applies these lessons in directing the growth of True North Imaging.

Jason’s sole interest is True North Imaging. Sooner or later that will have to change.